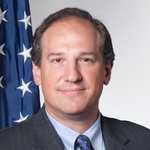 By setting concrete, measurable metrics and holding agencies accountable, the department has improved operations across the board.

The recent Congressional budget deal is an important, if modest, foundation for economic growth and stability -- a far cry from the stopgap spending and shutdowns that have slowed our economy’s recovery since 2011. It assures greater certainty for federal managers struggling to carry out their agencies’ and departments’ missions as they grapple with furloughs, layoffs, and a Congress that provides only a few months of funding at a time. But the budget deal also highlights the fact that federal agencies and departments still must find innovative ways to maximize their performance.

One model for this improvement comes from the sports world -- the Moneyball concept popularized by General Manager Billy Beane of baseball’s Oakland A’s in the 2011 film of that name and recently adapted in a campaign to push government agencies towards more evidence-based decision making.

The Moneyball approach could deliver better results for the people agencies serve. This has been a central priority of the Obama Administration from day one. The president proclaimed in his first inaugural that “the question we ask today is not whether our government is too big or too small, but whether it works.”

The Labor Department is a proud leader in this effort. We arrived to an organization hurting from years of leadership openly hostile to its mission. Some agencies had been told, subtly or explicitly, to stop carrying out their missions. Less than one-third of Labor’s 23 agencies had operating plans that set annual goals. Most agencies weren’t held accountable for results because there wasn’t sufficient data to allow leaders to judge performance.

Our answer was to adopt our version of Moneyball and the results have been outstanding. In the three years our Moneyball system has been fully operational, the department’s agencies have dramatically improved performance, accelerating improvement each year. In 2013, despite sequestration and employee furloughs, agencies beat the average of their own past performance on eight out of 10 metrics. For nearly six out of 10 metrics, agencies beat their own best performance from the previous five years.

We know that playing Moneyball requires mountains of data. It also involves testing new strategies. The idea is to improve outcomes, and that means conducting rigorous evaluation to find the most efficient means to achieve results.

In baseball, general managers know which metrics matter. But in government, it’s often harder to know when you’ve succeeded, and success frequently has a longer horizon. Data-driven evaluation in government must not simply be an existential threat for government programs. It must be a device for driving continuous improvement. After all, when the Oakland A’s were losing, Billy Beane didn’t fire the team and take a wrecking ball to the stadium.

In 2010, the Labor Department produced a new strategic plan that listed concrete goals for how each agency would improve working families’ lives. Did we reduce workplace fatalities? Did we increase the number of people receiving industry-recognized credentials from training programs? Did we help federal employees with disabilities return to work?

Next, we required every agency to create an annual operating plan. These plans allow employees in the organization to know exactly how the agency would achieve its goals: how many investigations and compliance assistance activities our worker protection agencies would conduct, how many people would be served by job training grants, how quickly workers’ compensation checks would be distributed and the timeliness of labor statistics production, among dozens of others. Every strategy had a performance target.

Each quarter, the head of every agency would report whether they had achieved their targets and, if not, why not. We analyze every bit of relevant data and explore alternative strategies and opportunities. In 2010, we hired the Labor Department’s first-ever Chief Evaluation Officer to help us determine whether agencies’ strategies achieved our outcome goals.

Our version of Moneyball has changed the department’s culture. A 2012 Government Accountability Office survey, performed every five years, shows the Labor Department improved on our 2007 results for use of data and evidence to drive decision making. We also outperformed other agencies. On 80 percent of all questions in the survey, Labor Department managers responded more favorably than other federal managers; on 22 percent of those questions, the favorability gap was double digits.

We are fully committed to this plan and we are getting results. Put simply, the Labor Department answers to the taxpayers, Congress, the president and the people and businesses we serve. They deserve to know that our strategies and programs are achieving our mission in the most cost-effective way possible, and if not that we make necessary changes. Like in sports, government agencies must analyze every relevant bit of data about their priorities and strategies. Managers must use those data to inform their decisions, even when it leads to solutions not previously obvious.

Seth D. Harris is the Deputy Secretary and Chief Operating Officer at the United States Department of Labor